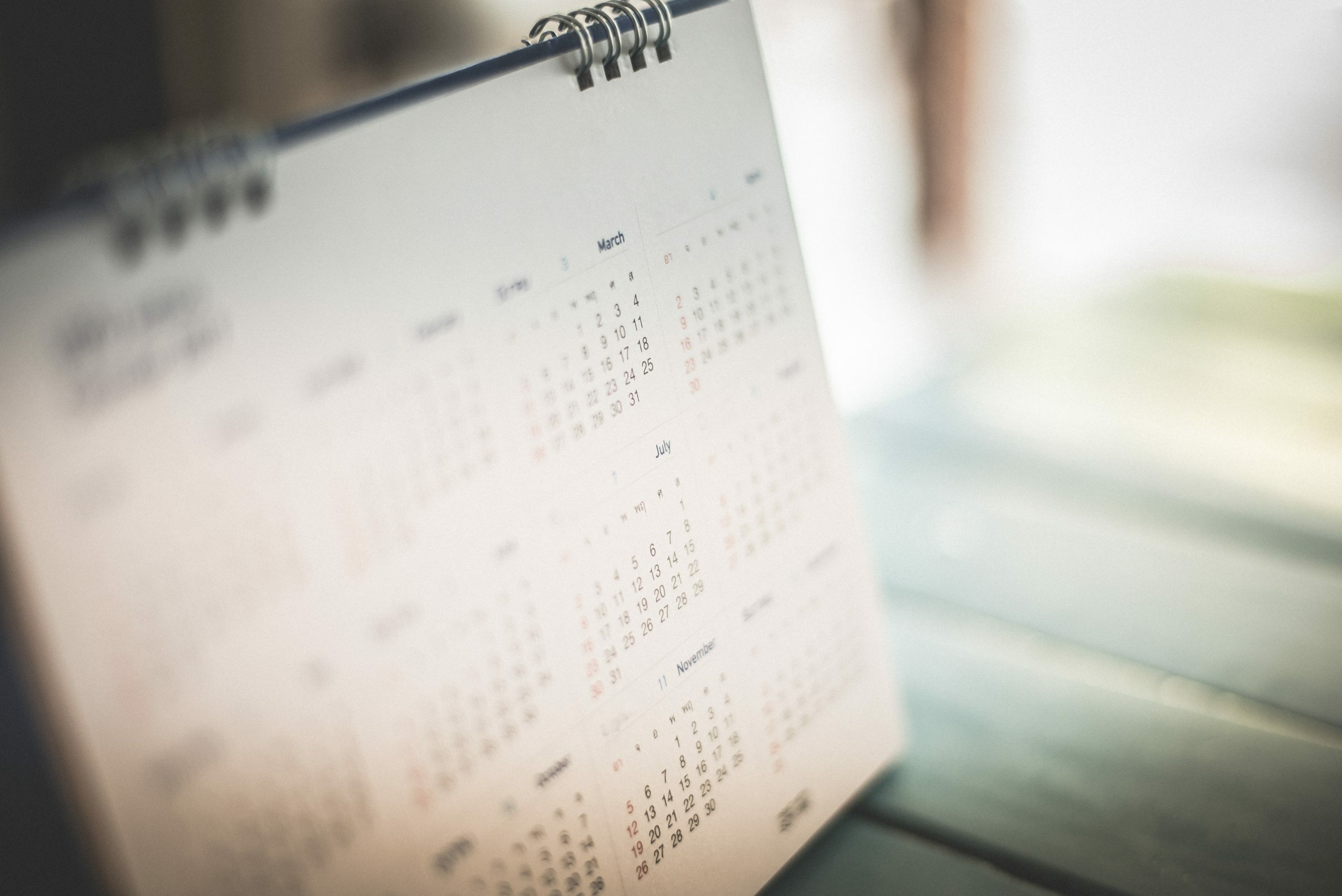 The new Australian Public Service Commissioner’s Directions 2022 commenced on 1 February 2022 and brings the topic of probation into focus.

The Directions provide that Commonwealth Agency Heads must engage employees into the APS (APS Employees) on probation. This is a new provision[1] . The parameters around employee probation can often be tricky for both employers and employees alike. Some of the common complexities arise in circumstances where an employee moves into a new role with the same employer, or alternatively when an employer seeks to extend the probation period.

We discuss below what these parameters may look like in the public and private sectors.

How long can probation be?

There is no prescribed period for probation.  In both the private and public sectors, often the probation period is up to 6 months[2]. This timeframe coincides with the minimum employment period required under the Fair Work Act (FWA) before an employee is afforded protection from unfair dismissal[3]. However, there is nothing preventing a longer probation period being set by an employer at the commencement of the employment contract.

An employer cannot extend a probation period unless the employee agrees to the extension, or the employer has a right to extend provided for in the initial employment contract agreed to by the employee[4].

In relation to APS employees, there is a similar requirement provided through the operation of subsection 22(6) of the Public Service Act (PS Act) where an Agency Head must set probation as a condition of engagement. However, this can only be used to impose conditions at the time a person is being first engaged in the APS. This subsection cannot be used to impose or vary conditions of employment after engagement. This means that if the initial engagement does not provide a right to extend probation, then it cannot be imposed later[5].

A probation period extending beyond the 6-month mark, means that any dismissal after that date can be evaluated against the unfair dismissal protections in the FWA[6], which prohibit a dismissal that is harsh, unjust, or unreasonable. This criterion can have broad implications for an employer as whilst there may be a valid basis for dismissal, the Fair Work Commission can still have regard to “any other matters that the FWC considers relevant”.[1] This can include factors such as financial implications for the employee.

It is important to note that the general protections contained in Part 3-1 the FWA and anti-discrimination legislation still apply at any stage of the employment relationship including the interview stage. A probation period does not save an employer from those obligations.

The notice period for termination during a probationary period cannot be less than the minimum periods prescribed in the National Employment Standards (NES) contained in the FWA[7]. The NES provides for 1-week notice for employees with less than 12 months service.

It is also very important to note that the employment can only be terminated for failing to satisfy conditions in relation to probation before the end of the probation period and that a notice of termination is not effective until it is received by the employee, regardless of the date of the decision.

Employers can face difficulties if they seek to impose a second period of probation on an employee who moves into a different role. This requirement may seem innocent enough and intended to provide a period for both the employee and employer to assess whether the employee is suitable for the role, but it still needs to be managed carefully to avoid landmines.

Here’s an example, in private practice. Let’s say an administrative assistant who had worked for the firm for 7 months, received an offer to move into the account clerk role with the same employer. Unless the initial contract provided terms that specifically allow the employer to impose a second probation period in circumstances where there was a role change, then a second probation period is not permitted.

In this regard the important points to note include:

A non-ongoing APS employee is engaged pursuant to section 22 of the PS Act and regulation 3.5 of the Public Service Regulations 1999. It is at this time that the Agency needs to set the probation conditions10.

The APS employee must have a single uninterrupted period of engagement with the Agency11.

Section 22(6) of the PS Act prevents an Agency from imposing a probation period on an APS employee if it is not imposed at the time the employee is initially engaged by the Agency – in this example the relevant time is when the employee was engaged as a non-ongoing employee12.

Agencies’ Enterprise Agreements and industrial instruments are often silent on the matter of probation13.

Any agency policies in relation to probation cannot restrict the operation of the PS Act or FWA.

If the Agency does proceed to impose probationary terms that were not included in the original engagement, they will have no effect. The Agency will be denied the right of relying on section 29(3)(f) of PS Act as a ground for termination as the probation is invalid de novo (i.e. from the beginning). Also imposing probationary terms after the initial engagement can expose the Agency to a claim under the general protection’s provisions of the FWA for adverse action.

Casual conversion and probation creates another potential landmine for employers.

On 26 March 2021, the Fair Work Amendment (Supporting Australia’s Jobs and Economic Recovery) Act 2021 (Cth), introduced into the FWA and the NES the entitlement of certain casual employees to convert to full time or part time employment (casual conversion)15.

An ‘eligible casual employee’ is a person who:

The employer is required to make an offer in writing to an eligible casual employee to convert to permanent or part-time employment. If an offer is made, it must be in writing, specify whether the offer is for full-time or part-time employment, and be given within 21 days of the 12-Month Period (the Offer). The Offer is in effect a new contract and its formation includes a discussion, an agreement on pay, hours and start date of permanency.

Unfortunately, there is no specific guidance in the legislation as to what the Offer must contain. The FWA is also silent as to whether, when converting an employee from a casual to permanent, they can be subject to a probation period.

Employers in this circumstance need to tread very carefully. The period of service as a casual employee can count towards the probation period if the employee was engaged on a regular and systematic basis; and if the casual employee has reasonable expectation of ongoing employment on a regular and systematic basis (pursuant to subsection 384(2) of the FWA). This criterion is similar to that required to become an eligible employee for casual conversion. The practical effect for employers is that the eligible employee may have already completed 6 – 12 months of service recognised by the FWA, and to impose an unfair or more onerous period of probation in addition to this, simply because they have converted from casual employment may cause the employer to fall foul of the general protection provisions of the FWA.

The parameters surrounding probation mean that the key considerations for employers are:

Shannon Say is a Senior Advisor at Proximity with more than 20 years of specialist experience in advising government, individual and commercial clients on a wide range of employment, litigation, and industrial matters.

Shannon has spent many years managing litigation and dispute practices and has extensive experience advising on and facilitating dispute resolution, including case management and advocacy in State and Federal Courts and Tribunals.

Shannon’s diverse practicing background of advising National and International Corporate clients, and individual and Government clients enables her to bring a well-balanced, pragmatic and practical approach to resolving disputes, while ensuring risk minimisation.

In her former life she was an aerobics instructor and personal trainer. But now outside of work, you can find Shannon being a proud mother to Alex and mad dog lover, keen karate student, learning to ride a horse and getting outdoors around her property. 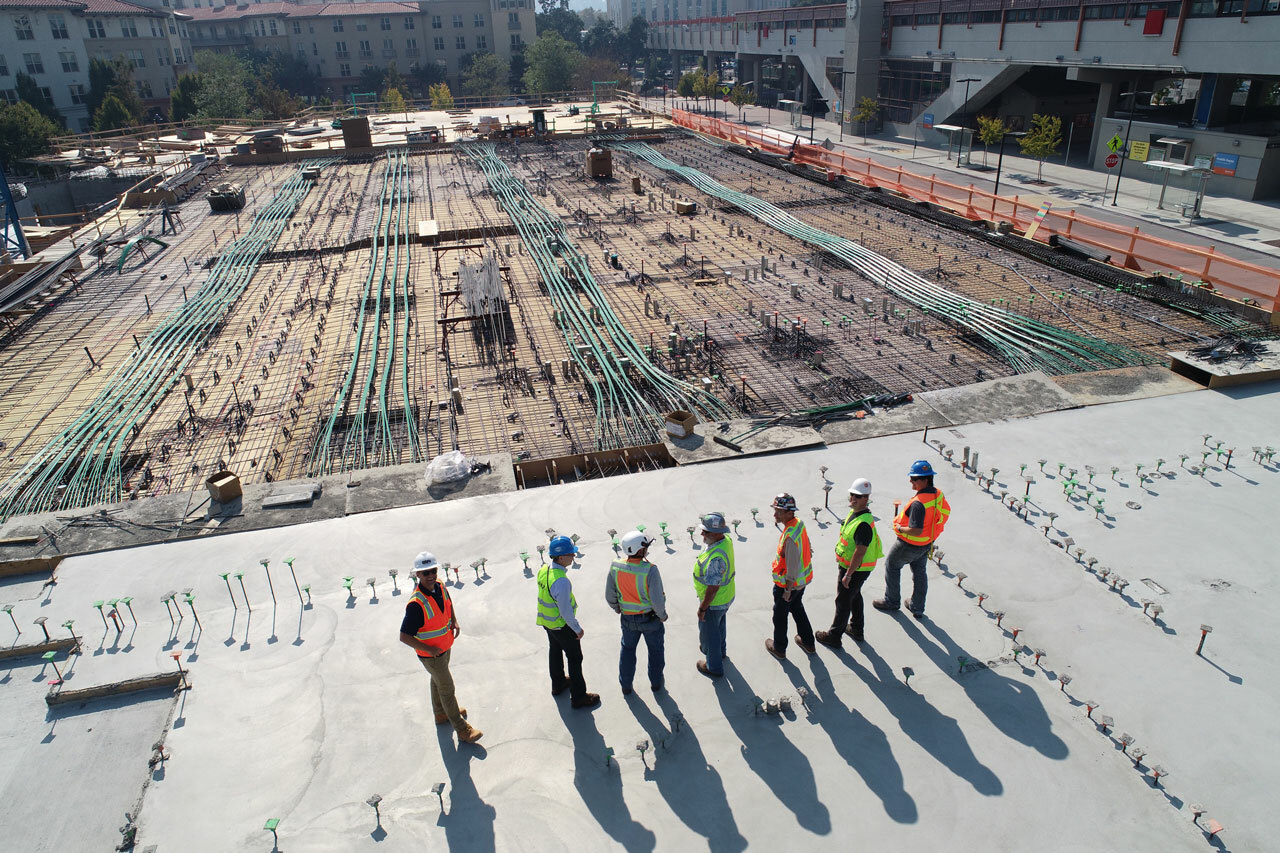 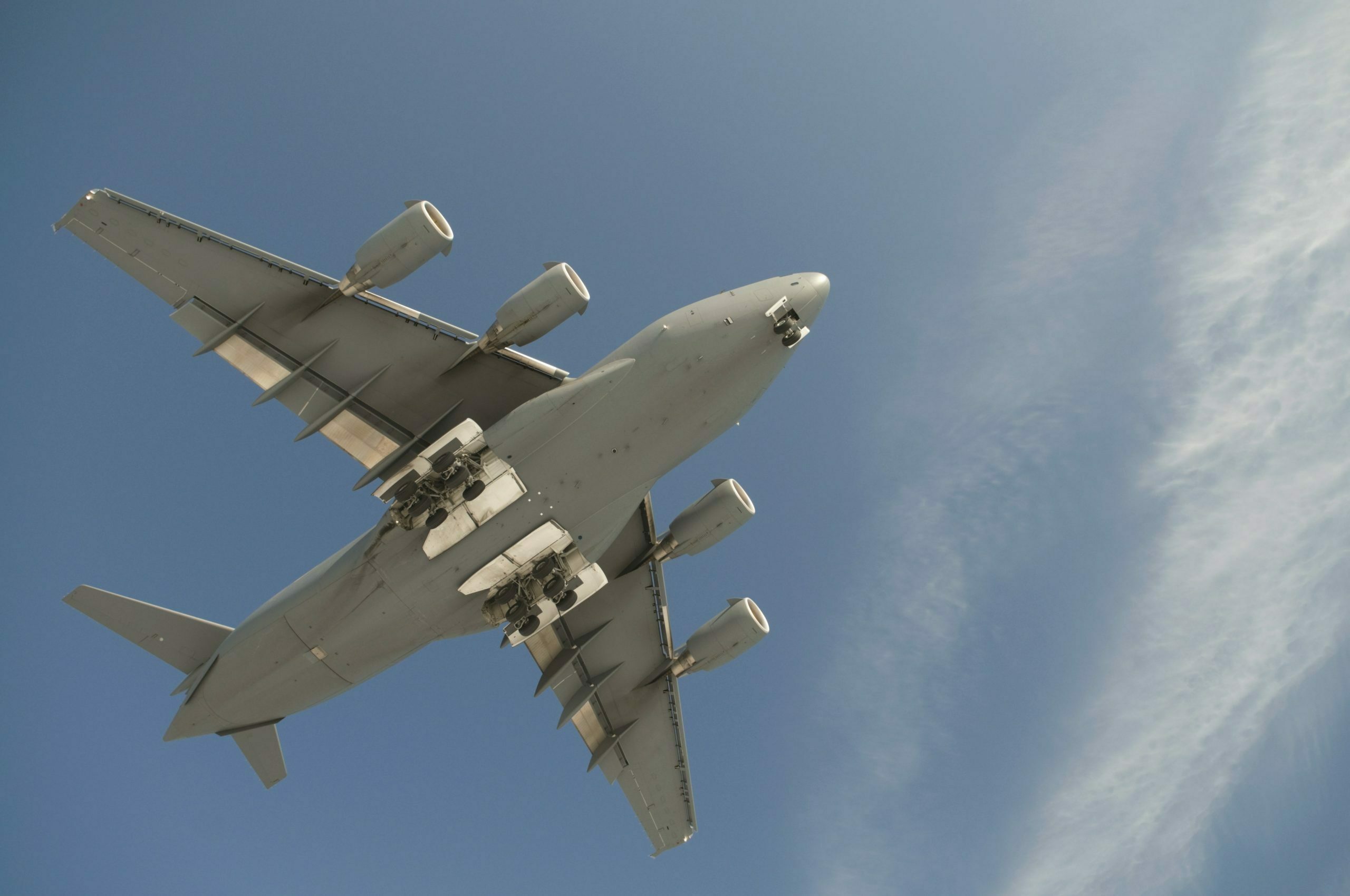 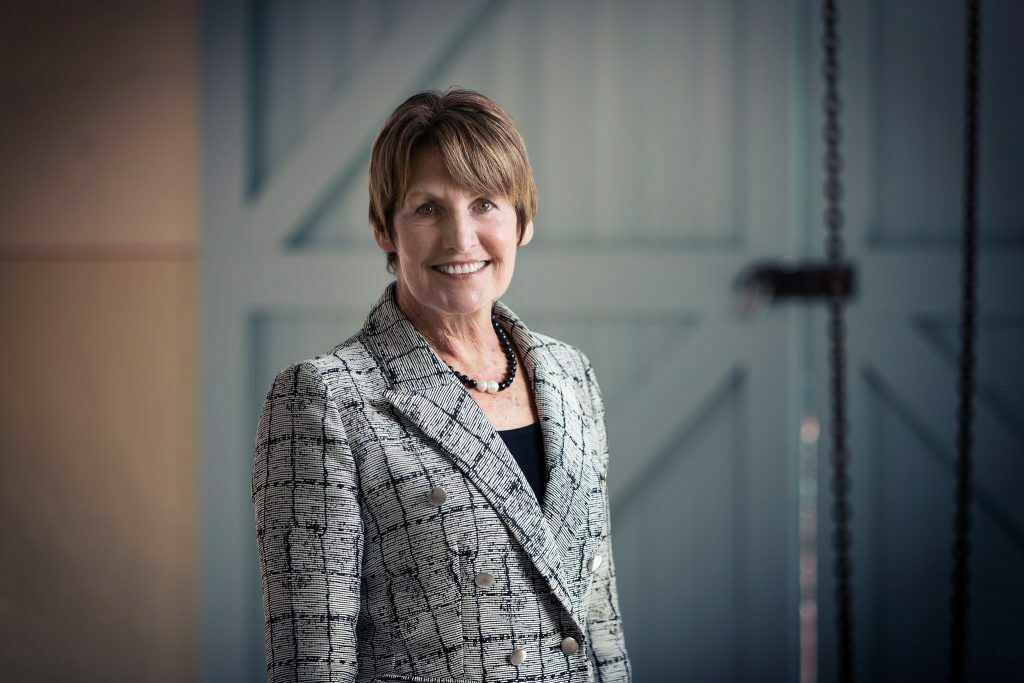 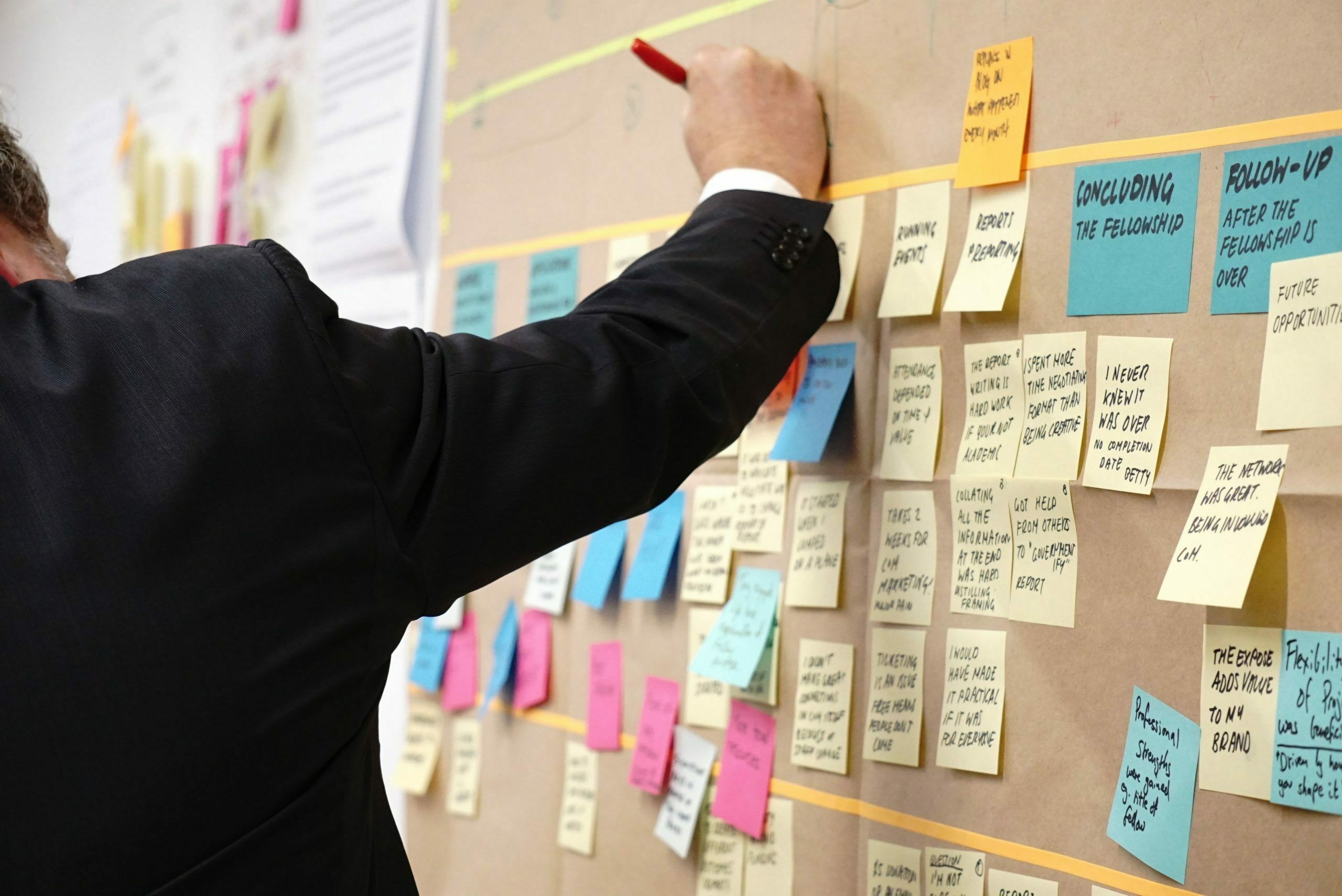 Decision making in an uncertain environment